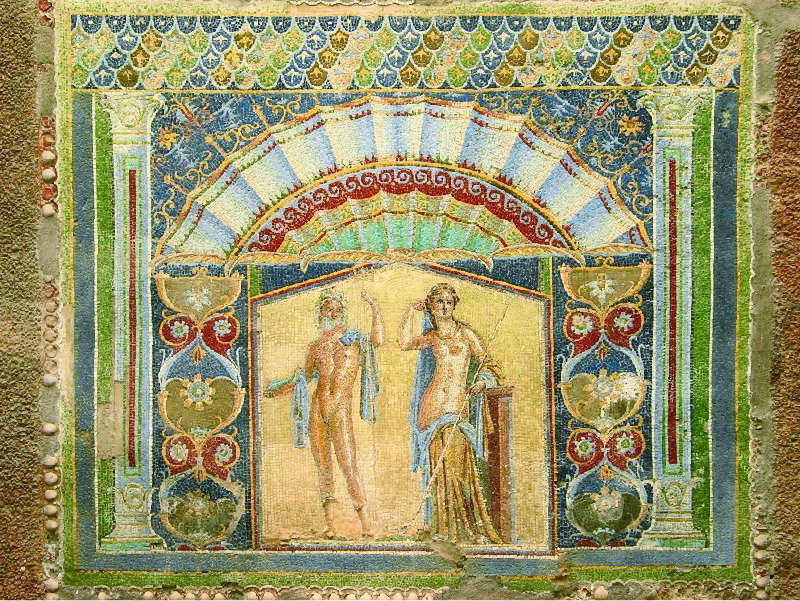 On our two hours guided tour of Herculaneum we will try to bring the entire city back to life, describing the culture of the time, the role of the family, the religious life with its various temples, cultures, beliefs and superstitions, funeral rites; the typology of the Roman houses. Dating back to the 4th century BC, the city was thought to have been founded by the legendary Hercules. Herculaneum was covered by a torrent of mud, which protected the ruins from atmospheric agents and illegal excavators.amazing is the natural preservation of wooden elements, foodstuffs, fabrics, and architecture provides a fascinating and intimate look into the Roman’s private life in ancient times.

Includes all the new openings ! : Ancient Marina, Boat houses with skeletons of the Fugitives, House of the Deers, Roman Baths, Augustales Temple, House of Neptun and Anfitrite, Bicentenary House, House of the Wooden Partition wall, including the permanent exibition of “Luxury and Ornaments in Herculaneum”